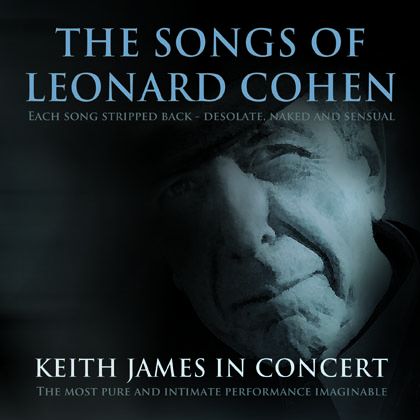 Part of a mammoth 63 date UK tour for Keith James featuring the songs of Leonard Cohen.

“I’m endeavouring to pare back each song to its’ central core and original sense of purpose by performing each song as near to the way it was originally written, exposing Cohen’s unprecedented sense of humanity”