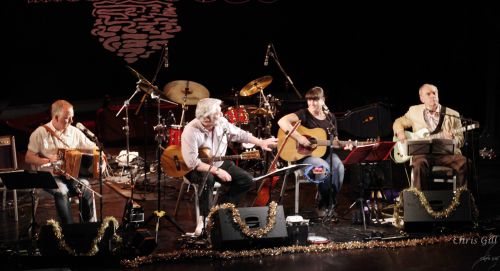 This evening was a guided tour through Britain’s Christmas customs with a selection of the many songs recorded by the band over the last 15 years. This was their first visit to Wallingford and part of their 15th anniversary tour.

With support from Fabian Holland.

Fabian Holland is a remarkably fine singer, guitarist and songwriter from London, starting to make a name for himself with his debut album and live appearances.